ECB is Not Even Close to Unwinding QE

The European Central Bank may be a long way away from unwinding its bond-purchase program, but some investors are already worried.

Finland’s biggest private-sector pension fund says it won’t touch the bonds that the ECB might need to sell if and when it starts reversing its quantitative easing.

Mikko Mursula, the chief investment officer of Ilmarinen Mutual Pension Insurance Co., says unease at the prospect of major central banks ending stimulus is one of the reasons volatility suddenly spiked in the beginning of February.

“There’s a lot more investors getting scared about that,” Mursula said in an interview in Helsinki. “What’s the ECB’s way of getting out of this situation? Who would be the buyer if they at some stage decide to start selling stuff from their balance sheet? I can’t imagine who would be the buyer. It’s very difficult to think that at these levels we would be a buyer.” 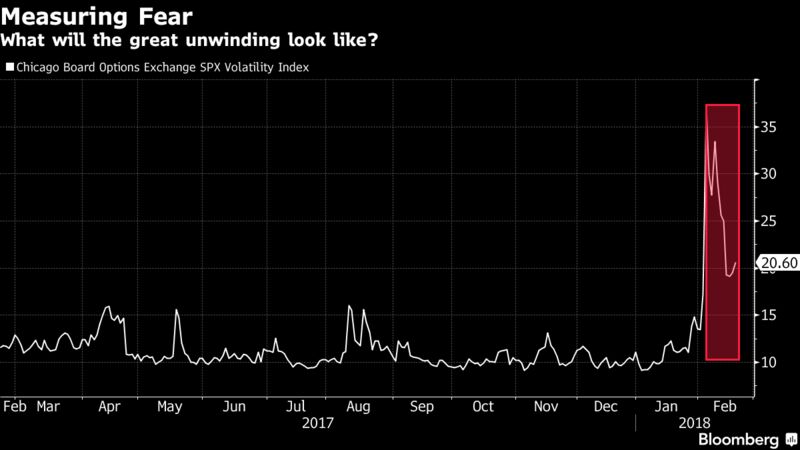 For now, the ECB is still buying bonds, but policy makers have started plotting a path back to more normal monetary conditions. The first step would be to stop purchasing debt, which the ECB has said will depend on the data. Some policy makers at the bank have suggested that might happen by the end of this year. There’s no signal from the bank as to when it might try to sell the bonds on its balance sheet back to the market.

Niels Christensen, chief currency strategist at Nordea in Copenhagen, says there’s nothing to indicate the ECB will tighten liquidity in 2018.

By the end of the year, there’s a possibility that the ECB “will be very close to having completely phased out its purchases,” Christensen said in a note to clients on Wednesday. “It would be surprising if the ECB at the latest by the end of the first quarter of 2019 hasn’t completely stopped buying bonds.”

“At these rates, if the ECB were to sell, the problem would be the lack of buyers,” he said by phone.

“Those who have bought long-dated European bonds in the Solvency II asset and liability regulation of insurance companies, among whom we’re not, they have the mechanism where if the rates go up, it doesn’t make sense for them to buy,” Rytsola said.

“It’s a kind of pro-cyclical regulation from the point of view of the bond markets,” he said. “There are a lot of buyers when the rates come down, pushing the rates even further down, and going in the opposite direction, the buyers vanish, because they don’t need to buy so much. The discount rate on the liabilities rises all the time.”