Emerging Market Central Bankers Are Getting Nervous About Their Plunging Currencies 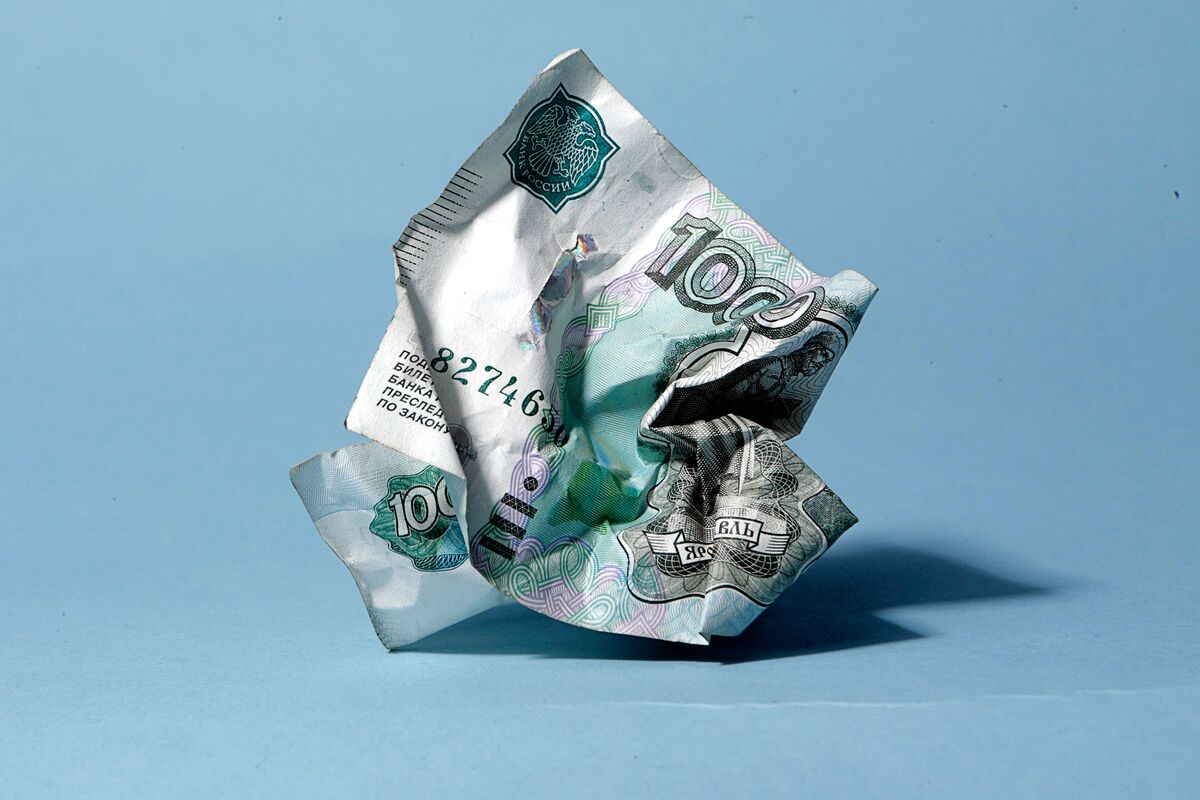 The biggest decline in emerging-market currencies since the global financial crisis is quickly turning from a welcome event for countries seeking to make their economies more competitive into something destructive.

The selloff has become so swift and so deep that officials are abandoning hands-off policies on concern the drop will fuel inflation, deter investment from foreigners and act as a drag on their economies at a time when global growth is already decelerating. To counter the declines, policy makers from Mexico to South Africa and Turkey have either stepped up intervention, increased interest rates or signaled an end to monetary easing.

Here’s the damage report: All of the 24 most-widely-traded emerging-market currencies tracked by Bloomberg have weakened over the past month except for the Hungarian forint. An index of their exchange rates has dropped 8 percent this year to the lowest on record in data going back to 1993. The current pace of declines would make this the worst year since 2008.

Russia’s ruble, the Colombian and Chilean pesos and Brazil’s real have led the losses since mid-May, with each falling more than 10 percent. The Hong Kong dollar — which is pegged to the U.S. dollar — suffered the least, dropping just 0.02 percent.

The declines extended to Friday, when the ruble tumbled 1.6 percent as of 8:49 a.m. in New York after an interest-rate cut. Russia already suspended dollar purchases to build reserves following a rout in the currency that almost wiped out its advance this year.

The Thai baht fell to a six-year low Friday, while South Africa’s rand reached the weakest level in more than a decade.

The reasons behind the carnage are easy to find. Interest rates in the U.S. are on the rise, drawing investors from around the world. At the same time, the prices of commodities that have fueled many emerging-market economies in recent years are back on the decline.

Fed Chair Janet Yellen has said she expects to raise U.S. interest rates this year as the labor market strengthens, with economists forecasting a move in September. Higher yields in the U.S. would make riskier assets in emerging markets less attractive, just as commodity-supply gluts and slower growth in China crimp demand for raw-material exports.

“Central banks are trying to preempt a little bit of the currency volatility that could come from when the Fed decides to lift off,” James Lord, Morgan Stanley’s global emerging-market strategist, said in an interview from London.

It hasn’t helped that many nations failed to implement structural reforms during the boom times to insulate their economies from such downturns.

“Commodity-exporting countries are readjusting to the new reality on the fiscal side, but that takes time,” Christian DiClementi, a money manager at AllianceBernstein, said in an interview from New York. “Monetary policy has to compensate for the sort of fiscal reforms that weren’t taken when they should’ve been.”

With nations such as Indonesia and Colombia seeing near-record deficits in their current-accounts — the broadest measure of trade since it includes investment — the drop in currencies is a “necessary adjustment to address imbalances,” Goldman Sachs analyst Kamakshya Trivedi said in a report Thursday. He predicts the rout will continue as governments struggle to adapt to a worsening global environment.

With a near-record $7.5 trillion in foreign reserves, developing nations have tools to keep the currency declines from becoming disorderly. And as long as exchange rates remain flexible, emerging markets will avoid any serious crisis, said Pablo Cisilino, a money manager at Stone Harbor Investment Partners.

“That’s a long-term fundamental change in emerging markets that should make investors more comfortable about what’s going on, regardless of what happens,” he said.

While policy makers kept their benchmark interest rate at a record-low 3 percent, officials have changed the dates of their decisions so they can react quicker to any Fed increase. Mexico will probably begin to raise borrowing costs in the third quarter, according to economists surveyed by Bloomberg.

Brazil has suffered a 21 percent collapse in the real this year and is on the brink of losing its investment-grade status after giving up on its fiscal target. The country’s central bank raised its key rate Wednesday to 14.25 percent, the highest among major economies, as it tries to damp above-target inflation and boost investors’ confidence.

In Malaysia, policy makers have intervened in the currency market by selling foreign-exchange reserves to support the ringgit, which has fallen to a 16-year low.

Turkey’s central bank has left its main interest rates unchanged after ending its easing cycle earlier this year due to currency weakness and accelerating inflation. Standard & Poor’s expects the country will begin tightening monetary policy over the next 18 months.

“Currencies are still very much under pressure, so it wouldn’t surprise me at all to see a little bit more of what we’ve been seeing from other central banks,” he said.