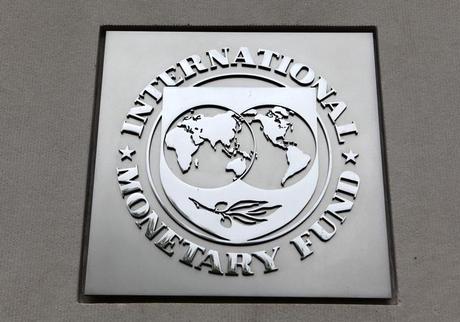 The International Monetary Fund on Thursday trimmed its forecast for global economic growth for this year to take into account the impact of recent weakness in the United States.

The International Monetary Fund on Thursday trimmed its forecast for global economic growth for this year to take into account the impact of recent weakness in the United States.

In an update to its World Economic Outlook report, the IMF said the global economy should expand 3.3 percent this year, 0.2 percentage point below what it predicted in April. Growth should speed up to 3.8 percent next year, it said, unchanged from earlier forecasts.

The IMF pinned much of the blame for the lower growth forecast on the United States. The U.S. economy contracted in the first quarter, hurt by unusually heavy snowfalls, a resurgent dollar and disruptions at West Coast ports.

The IMF said it expected the U.S. economy to grow 2.5 percent this year – it lowered the U.S. growth forecast last month from 3.1 percent in April. The IMF also said U.S. economic sluggishness had spilled over to Canada and Mexico.

“(But) the unexpected weakness in North America … is likely to prove a temporary setback,” the IMF wrote in the report.

The IMF also maintained its forecasts for a pickup in growth in the euro zone, despite Greece moving ever closer to the edge of default and an exit from the currency bloc as it races to find a last-minute third bailout.

“Developments in Greece have, so far, not resulted in any significant contagion,” the IMF said. “Timely policy action should help manage such risks if they were to materialize.”

In developing economies, the IMF said growth had been dampened by lower commodity prices, tighter financial conditions tied to the economic rebalancing in China and geopolitical factors.

Chinese stock markets have tumbled by more than 30 percent over the last month, prompting regulators to impose heavy-handed intervention to stem the rout.

The IMF said the market crash suggests China could face greater difficulties as it tries to move from an investment-led economic growth model to one focused on domestic consumption.

The Fund also repeated its warning that asset price shifts and financial market volatility could disrupt its predictions, though it expects the economic situation in Russia and the Middle East to calm down next year.