Japan’s government is set to announce details Tuesday of a 28 trillion yen ($273 billion) stimulus package, as it seeks to bolster an economy threatened by a strengthening yen and weak consumer spending.

Prime Minister Shinzo Abe flagged the size of the package in a speech last week, saying more investment was needed to expand the world’s third-largest economy. He said funds would be used to provide better port facilities for cruise ships and accelerate the construction of a high-speed maglev train line.

Actual spending will only make up about 7 trillion yen, according to a person familiar with the matter, with the rest consisting of loans and other financing, probably spread over several years. The package is the latest in a long series that have had limited impact on the economy, while Abe’s promise to make structural reforms — tackling areas like immigration and employment regulation — has fallen short of expectations.

The cabinet’s expected approval of the package comes as exporters grapple with the yen’s rise, Britain’s vote to leave the European Union and a slowdown in emerging economies. At the same time, concern is growing that the Bank of Japan is running out of options for further easing, after it made only minor policy adjustments at a meeting last week.

“The fiscal spending will probably include public works spending, so we can expect something of an economic boost,” said Masaki Kuwahara, an economist at Nomura Securities Co. in Tokyo. But such growth may not be sustainable. “What Japan needs to do is to spur more demand and increase productivity by pushing through deregulation, increasing the nation’s potential growth rate.”

Abe is seeking to expand the economy by 20 percent by 2020. To do so, he’s pledged measures to bolster household incomes, increase the birth rate and provide more care facilities for children and the elderly.

After announcing in June he would put off an increase in the sales tax, he promised last week to tap reserves in the unemployment insurance fund to lower premiums and increase payouts.

Natsuo Yamaguchi, leader of Abe’s junior coalition partner Komeito, told reporters on Tuesday after a meeting with Abe that the budget measures in the package would amount to 13.5 trillion yen and the stimulus would boost gross domestic product by about 1.3 percent.

NHK reported last week the package — the second to be compiled in the current fiscal year — would include cash handouts of 15,000 yen for those on low incomes, with 10.7 trillion yen set aside for infrastructure spending and 10.9 trillion yen to help smaller companies weather the impact of Brexit.

Exporters have suffered as the yen soared over the past six months from more than 120 yen to the dollar to about 103. Panasonic Corp. last week partly blamed the strong yen for a fall in quarterly profit. Household spending has dropped in 10 of the past 12 months.

The package comes the day before a minor cabinet reshuffle in which most senior ministers are expected to keep their posts. Economy Minister Nobuteru Ishihara will stay on, NHK reported, after speculation he might be replaced following the defeat of Abe’s candidate in the weekend election for Tokyo governor. Finance Minister Taro Aso and Chief Cabinet Secretary Yoshihide Suga will keep their jobs, according to local media. 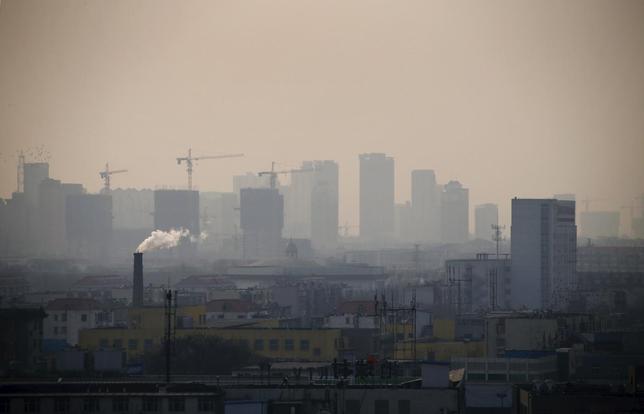 China’s factories stayed stuck in the slow lane in April while Japanese output went into reverse and South Korea suffered its worst export performance in two years, adding urgency to calls for more state stimulus in all three economies.

Thailand has already surprised by cutting interest rates this week, while speculation is mounting that the Reserve Bank of Australia (RBA) will chop its rates to a record low of 2 percent at a May 5 policy meeting.

The need for action is all the greater as China, the former engine of global growth, remains jammed in neutral.

China’s official Purchasing Managers’ Index (PMI) held at 50.1 in April, just a fraction above the 50-point mark that separates growth from contraction on a monthly basis.

“As the economy still faces strong headwinds and the risk of deflation has not diminished, the authorities will need to continue to roll out easing measures in the coming months,” said Li-Gang Liu, chief economist for Greater China at ANZ.

China’s annual economic growth slowed to a six-year low of 7 percent in the first quarter, hurt by a housing slump and a downturn in investment and manufacturing.

In just the latest effort to turn the ship around, China’s cabinet unveiled new measures on Friday to boost employment, offering more flexible tax breaks to companies to hire and preferential loans to business starters.

Beijing aims to create at least 10 million new jobs in 2015 and keep the urban jobless rate below 4.5 percent.

In Japan, the Markit/JMMA version of the PMI fell to 49.9 in April, from 50.3 in March, taking it into contractionary territory for the first time since May last year.

Japan is emerging from recession at a snail’s pace as companies remain wary of ramping up spending despite record profits and consumers keep their wallets shut.

That is challenging the Bank of Japan’s bold pledge to accelerate inflation to 2 percent through massive money printing.

While core inflation did edge up a tick to an annual 2.2 percent in April, it is set to fall back toward zero in May when the impact of last year’s rise in sales taxes drop out.

Neither have wages benefited as the BOJ hoped. Data out on Friday showed wage earners’ total cash earnings were almost flat in March and inflation-adjusted real wages marked a two-year stretch of declines.

Across in South Korea, government figures showed exports fell 8.1 percent in April from a year earlier, the sharpest drop since February 2013, as shipments to China, the United States and the European Union all lost ground.

Consumer price inflation there is running at a 16-year trough of just 0.4 percent.

“The government will be sure to focus policy on boosting consumption as exports are no longer performing as they did in the past,” said Stephen Lee, an economist at Samsung Securities.

The doleful data follows news the United States grew a bare 0.2 percent annualized in the first quarter of the year, held back by wild weather, a port strike and a strong dollar.

Yet there were glints of light in more recent data.

The number of Americans filing new claims for jobless benefits fell to a 15-year low last week and consumer spending rose in March, aided in part by a pick up in wage growth.

An upturn in wages has long been a key goal of the Federal Reserve and revived market expectations that interest rates would start to rise later this year, albeit not until September at the earliest.